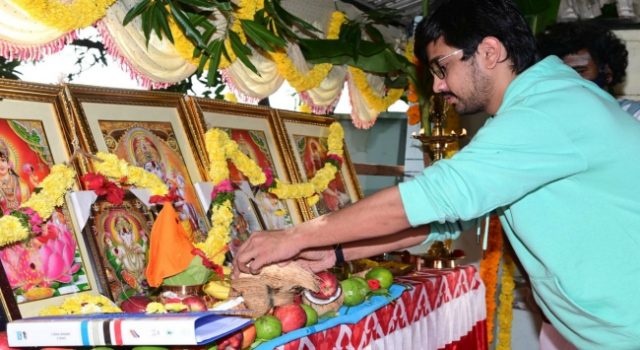 *Director Vijay Kumar Konda* said, " I have made a full-length entertainer, 'Orey Bujjigaa..'` with Raj Tarun. This new film in our combination is being made as a different film with thrilling elements. This subject perfectly suits for Raj Tarun. I am sure that this film will impress all sections of the audience."

*Young Hero Raj Tarun* said, " Vijay Kumar garu is a very talented director. I am very happy to work with him again for this film. I was thrilled after listening to the story. This film caters all kinds of commercial elements to the audience."

*Executive Producer Palamarthi Ananth Sai* said, "  In addition to the love and entertainment from the combination of Raj Tarun and KondavIjay Kumar garu, this film will be a different Thriller and will surely Thrill the audience with its arresting narration. Regular shoot starts from today and will complete the film quickly."