Home » News Gossip» Radha is a different film in my career: Sharwanand

Radha is a different film in my career: Sharwanand 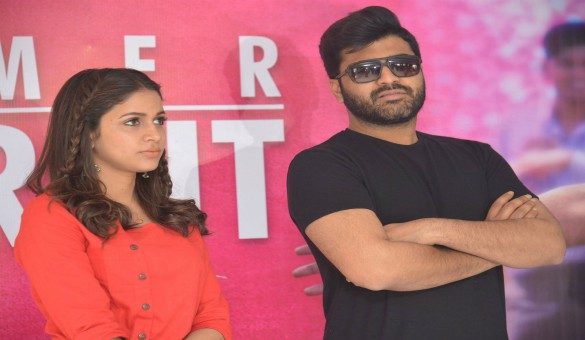 The successful young hero Sharwanand has been continuing his hit streak with another feel good entertainer Radha. This action entertainer was produced by B.V.S.N.Prasad under the banner S.V.C.C. The young debutante Chandramohan proved his mettle by directing this flick. Radha was released worldwide on May 12th and has earned good appreciation from audience and critics alike.

The film’s unit has celebrated its success by arranging a meet in Hyderabad. It was adorned by the film’s triumphant team and Chandramohan spoke, “We are glad that family audience are appreciating the film. I am so happy to hear that my debut film is praised as an ideal summer entertainer. But the only issue bothering me is the piracy which has been rampant for this film as well. However,  it is indeed a moment of pride for me to see women audience in particular loving the film.”

Comedian Saptagiri said,” After Express Raja, I happened to work with Sharwanand once again in Radha. The audience are enjoying Nannaku Prematho spoof in this film particularly. I sincerely hope to work in more films under BVSN Prasad garu and also with Sharwanand in the near future.”

The producer BVSN Prasad spoke, “ I thank the Telugu audience for giving such a memorable success for our film. Sharwanand’s portrayal as a fun police became the biggest highlight of the film. I sincerely thank everyone who gave such a positive feedback for our film.” 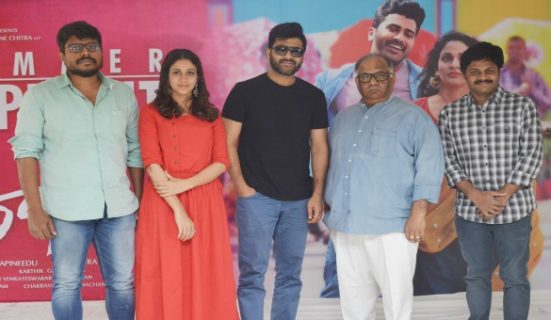 Hero Sharwanand said,” It is wonderful to see family audience coming to theatres to watch my film for the family brand which my movies have. Though Radha was called a regular entertainer, it will remain to be a different film in my career. I thank my director Chandramohan for giving me such a good film. When I watched the film in theater, many of the viewers were clapping hard and laughing for Saptagiri’s comedy in second half. Every character in the film is unique and has an importance. I sincerely thank the media for giving us undercurrent support throughout.”

The film’s female lead Lavanya Tripathi thanked the audience for such a memorable success in her career.