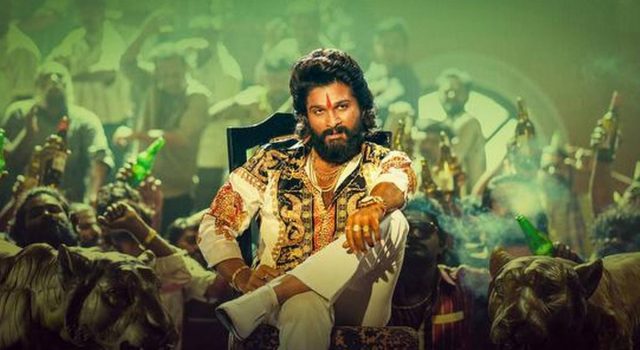 Icon Staar Allu Arjun is showing his true box office stamina with Pushpa: The Rise. The film is posting exceptional revenues not just in the domestic Telugu circuit but also in the North Indian belt.

Pushpa: The Rise has now grossed over Rs 300 crores globally, which is a staggering feat in the Covid era. The film is creating new records particularly in the Hindi circuit.

As of now, Pushpa: The Rise’s Hindi version has collected a nett amount of over Rs 57 crores. The film had a rock solid Saturday as it collected Rs 6.10 crores - its highest single day collections tally till date.

Pushpa: The Rise is heading towards the highly coveted Ra 75 crores mark which is a mighty rare feat for a dubbed film in the Hindi market.

Allu Arjun has shown that he is a force to recon with in the pan-India market.