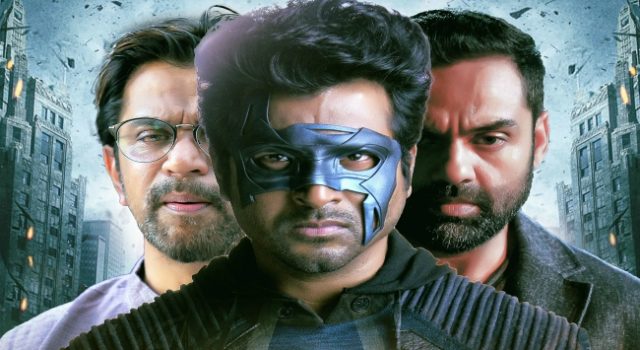 PS Mithran showcased his directional prowess with 'Abhimanyudu' which fared well both in Telugu and Tamil. His latest Tamil film, 'Hero', starring dynamic Star, Siva Karthikeyan in the lead role will be releasing in Telugu as 'Sakthi'. Action hero, Arjun played a key role in the film. Bollywood actor Abhay Deol is making his debut down south with this film. The film is said to be on the lines of 'Gentleman', which was directed by Shankar. 'Hero' is termed as a commercial entertainer with a social drama subject. KJR Studios, and Ganga Entertainments bankrolled the film. Kotapadi J Rajesh is the producer. It has Kalyani Priyadarshan as the lady lead and Ivana is playing a key role.

Speaking with media, the director, PS Mithran said, "We all have a liking towards superheroes and that's a common thing. A boy who watches Sakthiman serial is inspired by him and tries to become a Superman. What are the real life stunts he did? How does get himself involved with the flaws in contemporary education system? How does he settle down in life upon a suggestion from his father? These points form the plot of the film and we narrated in an intriguing manner. The film got a great reception in Tamil and it has a universal subject, so we are expecting a similar response from the Telugu audience as well. We showcased many hard truths in the film and sincerely hope it keeps the viewers engaged and also make them think at the same time."

The producer, Kotapadi J Rajesh said, "The audience opine that Siva Karthikeyan okays a film only if it has a strong subject. That is the reason why he has been attained such a huge following. 'Hero' has a universal subject and we are releasing it in Telugu as 'Sakthi'. PS Mithran of 'Abhimanyudu' fame directed this film. Yuvan Sankar Raja, editor Ruben, Cinematographer George C Williams, who previously worked on 'Abhimanyudu' worked for this film as well. This is Abhay Deol's debut South Indian movie. The parents who watch this film will definitely change the way they behave with their kids. It portrays the fact that anyone can achieve great heights if they are given the freedom to think in a creative manner. Arjun's character has a surprise elements. Post-production works are complete and censor formalities will be wrapped up soon. We will be releasing the songs this month and release the film."