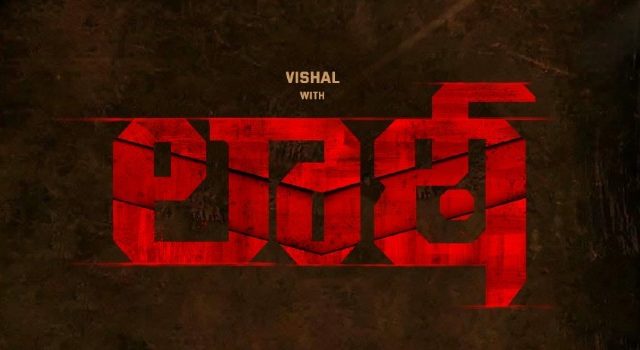 Vishal, A Vinoth Kumar, Rana Productions Pan India Film Titled Laatti Action hero Vishal’s high-octane action entertainer with director A Vinoth Kumar was launched on the actor’s birthday and regular shooting commenced from the very next day. It is a Pan India project being made on large scale. Today, the makers revealed title of the movie through a glimpse. A shirt hanged on a terrace transforms into Police Uniform with Vishal’s name on it, while a stick transforms into a Laatti. Then, the title is revealed as Laatti. It sounds very powerful and the caption is disclosed as Charge. Sam CS scored an electrifying BGM for the video. Laatti is a powerful object that influences bringing big change in the society. The movie will have the same title for all the languages. Ramana and Nandha are jointly producing the movie under Rana Productions. Sunaina plays the leading lady opposite Vishal in the Pan India project. Laatti will have some breath-taking action sequences. In fact, second half of the movie will have 45 minutes of action blocks. Dhilip Subbarayan supervises stunts. Balasubramanian cranks the camera, while Pon Parthiban is the writer. Cast: Vishal, Sunaina Technical Crew: Director: A Vinoth Kumar Producers: Ramana and Nandha Banner: Rana Productions Writer: Pon Parthiban Music: Sam CS DOP: Balasubramanian Stunt Director: Dhilip Subbarayan Ex-Producer: Bala Gopi PRO: Vamsi-Shekar