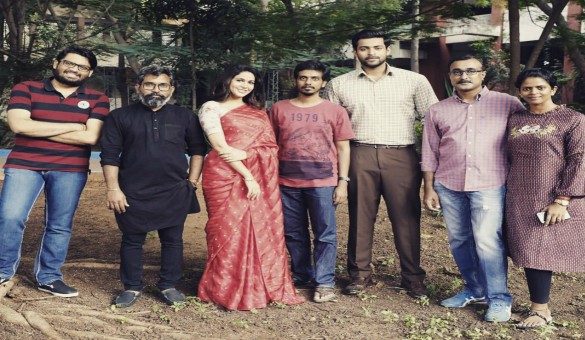 Hero Varun Tej shared this update along with picture from the shooting spot and added that he had an amazing experience working for this film.

Sankalp Reddy who debuted with ‘Ghazi’ which went on to win National Award, is directing the movie with high technical aspects. A Hollywood team has designed the action episodes for this film and is also working the visual effects and they would be out of the world.

On this note, the makers are planning to unveil the teaser as well and very soon they lock the date and make it official.

Gnansekhar is handling the cinematography for this film which is being jointly produced by director Krish Jagarlamudi, Sai Babu Jagarlamudi and Rajeev Reddy under First Frame Entertainments banner.

‘Antariksham 9000 KMPH’ will hit the screens on December 21st.