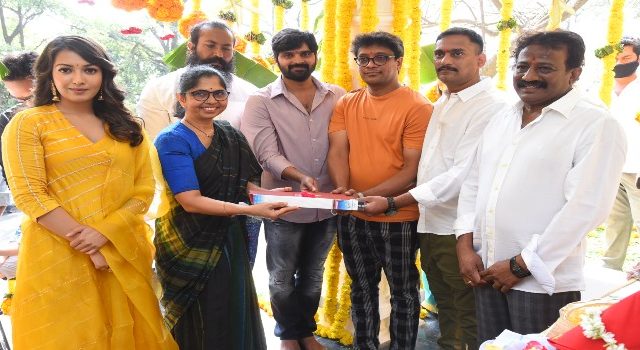 Every actors prefers to do pucca commercial entertainers that will boost their career and help them reaching next level of stardom. There are only few actors in Tollywood who are impressing every time with unusual scripts and Sree Vishnu is one among them. The versatile actor who is only choosing films with novel scripts has signed yet another interesting project. Director Chaitanya Dantuluri who made great impression with his debut flick Baanam has readied an exceptional script to present Sree Vishnu in a never seen before role. The super special film from the super talented team is titled interestingly as Bhala Thandanana. Chaitanya Dantuluri likes his films to have pure Telugu titles and Bhala Thandanana is another appealing title. Catherine Tresa is zeroed in as the female lead opposite Sree Vishnu in the film that will have Ramachandra Raju who frightened with his villainy in KGF as the main antagonist. Popular production house Vaaraahi Chalana Chitram will be bankrolling the film to be presented by Sai Korrapati. Rajani Korrapati is the producer. Melody Brahma Mani Sharma scores music, while Suresh Ragutu cranks the camera. Srikanth Vissa is the writer, while Marthand K Venkatesh is the editor. Gandhi Nadikudikar is the art director. Bhala Thandanana has been launched today with formal Pooja ceremony. Popular writer, Srisaila devasthanam's ex chief advisor Puranapanda Srinivas sounded the clap board for which the first shot is directed, camera switched on by SS Rajamouli while the script has been handed over by Valli garu, Rama garu.  The film’s regular shooting will begin from March. Cast: Sree Vishnu, Catherine Tresa, Ramachandra Raju Technical Crew: Director - Chaitanya Dantuluri Producer - Rajani Korrapati Presents: Sai Korrapati Banner: Vaaraahi Chalana Chitram Music - Mani Sharma Editor - Marthand K Venkatesh DOP - Suresh Ragutu Art - Gandhi Nadikudikar Writer - Srikanth Vissa PRO: Vamsi-Shekar