‘SITA ON THE ROAD’ TO PREMIERE ON APRIL 3rd ON ZEE5 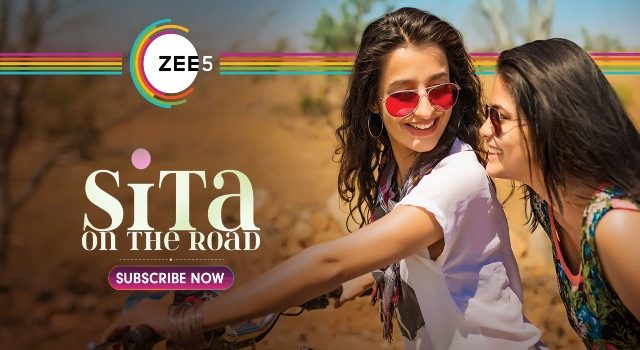 'SITA ON THE ROAD' TO PREMIERE ON APRIL 3rd ON ZEE5

The film deals with the lives of five women

Hyderabad, April 1, 2021: ZEE5 has been promising when it comes to offering unlimited entertainment to its viewers. During the pandemic, it has premiered direct-to-digital releases, original web series, and various movies to keep the Telugu audience engaged. And now, it is all set to bring to its viewers ‘Sita on the road.’ Kalpika Ganesh, Khatera Hakimi, Gayatri Gupta, Nesa Farhadi and Uma Lingaiah star in 'Sita On The Road', which is directed by Praneeth Yaron. It streamed on ZeePlex in the first week of March. The film premiered on ZEE5 on April 3. 'Sita On The Road' is about five women and the testing times they face in their lives. The film, in telling their stories, talks about the issues faced by women in our society, how they face them, and beyond. How do the five female characters cross paths? What are their individual stories? This is narrated in an exciting way in the film. The performances, the music and the background score of the film have been critically acclaimed. Praneeth Yaron, besides directing the movie, has also written its story, dialogues and screenplay. ZEE5 has been streaming some of the best movies such as 'Jersey', which recently won the National Award in the Best Telugu Film category. 'Ninnila Ninnila' was its recently-released direct-to-digital release. It also premiered 'Solo Brathuke So Better'. Watch ‘Sita on the road’ on April 3rd only on ZEE5