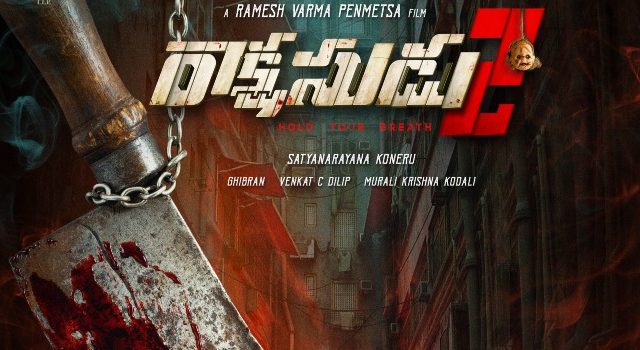 Rakshasudu 2 Will Be A Pan-India Film With 100 Crore Budget: Producer Koneru Satyanarayana Producer Koneru Satyanarayana has delivered a blockbuster with his last film, Rakshasudu starring Bellamkonda Sreenivas. The film was directed by Ramesh Varma. The producer is currently making Khiladi with Mass Maharaja Ravi Teja which is again directed by Ramesh Varma. Meanwhile, he recently announced Rakshasudu 2 with Ramesh Varma. The name of the hero of the project is yet to be revealed. On the occasion of Rakshasudu completing two years, Koneru Satyanarayana divulged some very interesting details of the second part. "Rakshasudu 2 story is more exciting than the first part. It will have more commercial elements than the first part and will be more thrilling," he said. "Rakshasudu 2 will be on par with Hollywood films. It will be made on Pan-India level and will have a big star playing the lead role. We have earmarked a budget of 100 Crore and it will be entirely shot in London. We will announce the name of the hero at the right time," he added. Koneru Satyanarayana was supposed to remake Rakshasudu in Bollywood but COVID-19 played a spoilsport. "Akshay Kumar has approached us to give the rights to Pooja Films and we readily gave away the rights as we felt he would be perfect for the role. Since we could not do the film, we gave the rights to Pooja Films. Ramesh Varma will be making his Bollywood debut with the movie," he told. About Khiladi, he told, "It will be another blockbuster from our banner. Some big heroes from Bollywood are already after us for the movie rights. We will have to take a decision soon". Koneru Satyanarayana also hinted a big project with his son, Havish. "You are going to see the best movies from Havish in the coming days. I strongly believe that he’s going to be a big star one day," he confidently said.