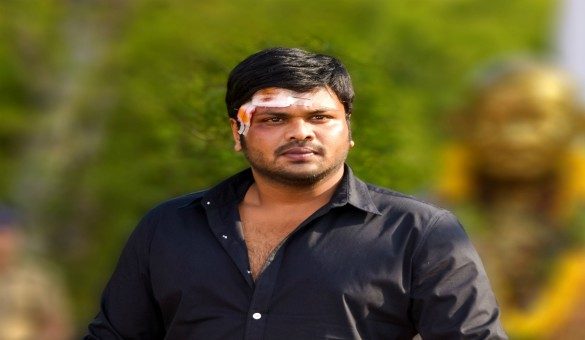 Okkadu Migiladu is one of the most awaited Telugu movies of the year and Manoj Manchu played two powerful dual roles. The film is heading for a parallel release in Telugu and Tamil languages on November 10th.

Produced on Padmaja Films India Private Limited banner by SN Reddy and Laxmikanth N, director Ajay Andrews Nuthakki says, “Okkadu Migiladu is based on a sensational story point never touched before on Indian screen and will serve a new cinema experience. Story runs in two time periods on water, Sri Lanka and India backdrops. This film is related to leaders and leadership with most effective, realistic performances from all the artists.

Manoj Manchu is the biggest highlight of film playing the warrior character. 50 minutes of graphics in Okkadu Migiladu are to arrest the viewers. Top Hollywood technicians are working on sound effects and background music will be recorded in Czech capital Prague city. ”