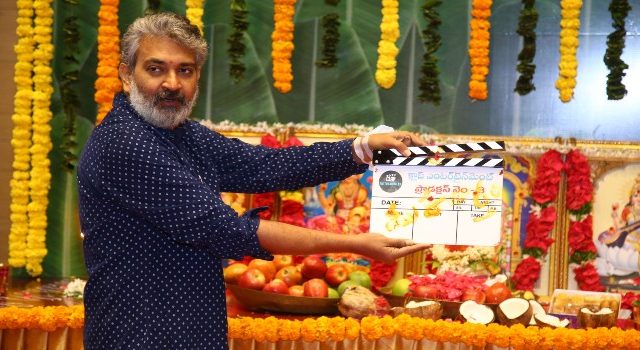 Ritesh Rana, who made the Super hit Movie ‘Mathu Vadalara’ will be joining forces once again with Clap Entertainment which will produce the movie in association with Mythri Movie Makers. The director readied a surreal comedy story in a fictional world and is touted to be a comedy thriller.

Billed to be an outright entertainer and commercial film, the film will have Lavanya Tripati, Naresh Agastya, Satya, Vennela Kishore and Gundu Sudarshan in the lead roles and is tentatively titled Production No. 3. The film has been launched in a grand manner with a puja ceremony today at the Westin Hotel, Hyderabad.

The clap was given by SS Rajamoulli Garu while Koratala Siva Garu directed the first shot. Gunnam Gangaraju Garu switched on the camera and Rajamouli Garu, Koratala Siva Garu along with Mythri producers Naveen Garu, Ravi Garu, Cherry Garu handed the script to the director.

Chiranjeevi (Cherry) and Hemalatha Pedamallu will be producing the film and Naveen Yerneni and Ravi Shankar Yalamanchili of Mythri Movie Makers will be presenting the film.

Kala Bhairava renders soundtracks, while Suresh Sarangam handles the cinematography. Ritesh Rana provides dialogues, while Srinivas is the Art Director and the fights will be choreographed by Shankar master. Alekhya is the Line Producer for the film and Baba Sai is the Executive Producer while Bal Subramaniam KVV is the Chief Executive Producer.