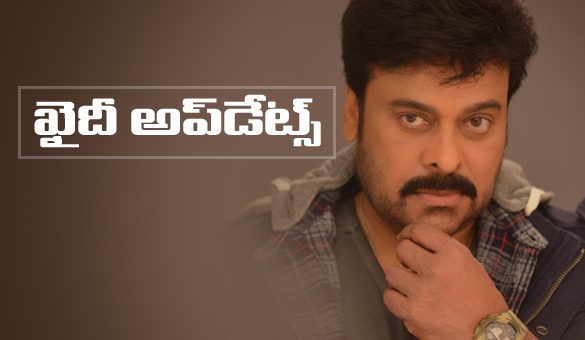 Megastar Chiranjeevi re-entry film Khaidi Number 150 is in its climax stages. The climax schedule of the film is for 6 days which will take place in Hyderabad. The unit and Megastar are hell bent on finishing the movie and releasing it for Sankranti.

Chiranjeevi and V V Vinayak understand that this movie requires time for post-production work and hence are finishing off the schedules. After the climax scenes, two songs will be filmed in Kaja and Chiranjeevi in Ukraine and Italy. The unit is planning to complete the shooting by the end of November.