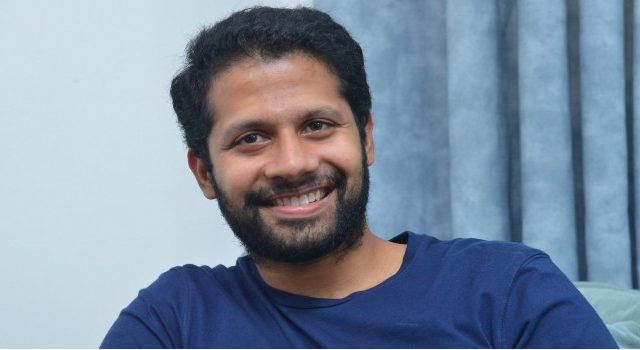 Rang De starring Nithiin and Keerthy Suresh in the lead roles, is releasing grandly worldwide on March 26th. The film is produced by Sithara Entertainments while it is written and directed by Venky Atluri. Ahead of the release, the director interacted with the media to share his working experience.

Speaking Venky said, “After ‘Tholi Prema’ and ‘Mr. Majnu’ I wanted to do a cute family entertainer. Just when I was thinking about a neighbour boy and girl, the characters of Arjun and Anu hit my thoughts. More than the romantic angle, this will be high on emotions.”

The idea behind the title ‘Rang De’ Venky revealed that every colour in rainbow portrays a different feeling and emotion, so does this film. It has many emotions that are different from one another. But there is more of comedy and emotional quotient. The last half another to forty minutes is going to be even more emotional.

Disclosing that Nithiin was not the first choice for ‘Rang De’ Venky added that after penning the script, I had a couple of heroes in mind. “When Sithara Entertainments came forward to bankroll this movie, producer Naga Vamsi suggested Nithiin’s name. I had my doubts whether Nithiin would accept my script but to my surprise, I gave nod in a single sitting and I was amazed. Both Nithiin and Keerthy Suresh believed in ‘Rang De’ script more than and it gave scope for me to do a bit of experiment too. After the trailer release, there is a huge positive buzz and so we are confident that audiences would like our ‘Rang De,” said Venky.

On Keerthy, Venky said, “Even more ‘Miss India’ ‘Penguin’ and ‘Good Luck Sakhi’ I approached Keerthy for ‘Rang De.’ I’m confident that as Anu in this movie, she would get a better name.”

Working experience with legendary cinematographer PC Sreeram, Venky added that he would cherish it for long. “To work with such legends is a huge opportunity. Firstly we have give Sreeram a bounded script that too in English. After reading the script, Sreeram said okay and it was unbelievable for me. He passed on the script to his assistants and so everyone remembers the scene that we are going to shoot. Because of Sreeram, we were able to wrap up the shooting in just 64 days. Being a director, I learned a lot from Sreeram,” stated Venky.

Regarding Devi Sri Prasad’s music, the director added that Rang De music is already a big hit and DSP should take the credit for it. But he did give his best for the rerecording. DSP is a huge plus for this film. And about lyricist Shreemani, we share a great rapport and we can’t afford to lose each other.

On the production values of Sithara Entertainments, Venky said the producers did not compromise in the filmmaking. We were supposed to shoot in Italy but due to lockdown we could not go there. So I decided to complete the shooting in Hyderabad but producer changed the plans to Dubai. The lavish visuals are example of production values.

About his future projects, Venky revealed that he would be doing one film each in Sithara Entertainments and another with ace producer ‘Dil’ Raju.