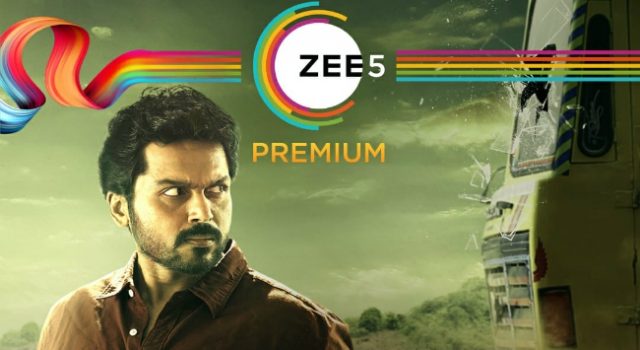 ZEE5 Telugu is all set to bring an Independence Day special for its patrons. After direct-to-digital exclusive releases, such as 'Amrutha Ramam', '47 Days', 'Balloon' and the web-series 'Meka Suri', besides the comedy series 'Amrutham Dvitheeyam' and several original films, the web-series 'Gods Of Dharmapuri' and 'Loser', during the lockdown, the OTT platform announces with yet another world digital premiere.

It's 'Donga', the action thriller starring Jyothika and Karthi. While in real life they are related as 'vadina' and 'maridi', in this film, they have played siblings. And, come August 14, 'Donga' will start streaming on ZEE5. Jeethu Joseph, who wielded the megaphone for the Malayalam original of 'Drushyam', has directed the thriller. Also starring Sathyaraj and Nikhila Vimal of 'Meda Meeda Abbayi' and 'Gayatri' fame, the film has the former in the role of a father.

Stay tuned to ZEE5 and watch Donga on 14th August.