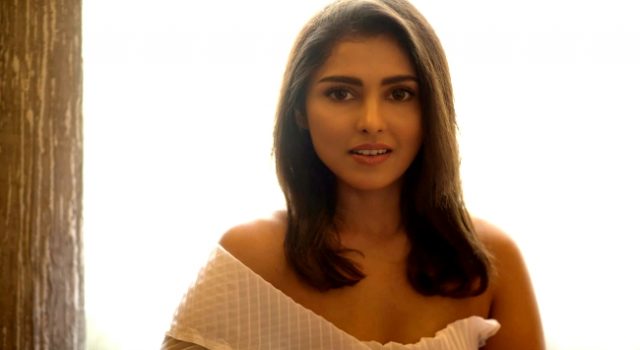 'Expiry Date' is the latest web-series in the town. Madhu Shalini has played a key role in the thriller that also features Sneha Ullal, Tony Luke and Ali Reza. Directed by Shankar K Marthand, it has been produced by NorthStar Entertainment Pvt Ltd. The Telugu-Hindi bilingual is currently streaming on ZEE5. The Telugu version released on October 9, a week after the Hindi version's release on October 2. With the web-series drawing applause all over, Madhu Shalini has expressed happiness in her latest interview.

How is the feedback to 'Expiry Date'?

Since most of the artists and technicians are from south India, it was perceived by many that it's a southern series. But those who have watched the Hindi version are finding it to be beyond south Indian. A few directors and other members from the film industry have called me up to ask about my next projects. I will be auditioning for roles soon.

What is your role in the web-series?

I play a woman named Sunitha, who enters the scene in the fifth episode. She is always conscious of what society might think if she does or doesn't do something. This is a one-of-its-kind role for me. I have never played such a role in the past. It felt new to play the role.

What kind of homework did you do for the role?

Sunitha is quite unlike how I am in real life. I watched a number of web-series as part of homework for the role. I referenced not only female but also male characters.

What is the crux of 'Expiry Date'?

The story is totally fresh. Four different characters come to cross paths with one another. The narration is quite gripping, thanks to director Shankar Marthand. He has narrated the various relationships quite well. Chances are high that 'Expiry Date' will have a sequel.

What was your first reaction when you listened to the story?

The director had given me a narration before the project materialized. By then, producer Sharrath Marrar garu hadn't taken up the project. When I listened to the story, I felt the web-series format would be the best best. When the project got materialized, I told Shankar garu that it's one of the best stories I have ever heard.

How was the shooting experience? Didn't shooting in the time of pandemic make you guys nervous?

It was nice working with all the artists. Tony Luke has worked in Hindi and Malayalam in the past. As Vishwa, he is realistic. We used to discuss every scene before giving a take. I don't have many scenes with Sneha Ullal. Ali Reza is quite natural. We were gearing up for the last schedule when the industry-wide lockdown was announced in March. Tony was stuck in Kochi, while Sneha remained in Mumbai. The last schedule was shot with a lot of caution and a sense of fear about coronavirus. We took all care of ourselves.

What is the title justification behind 'Expiry Date'?

Every relationship comes with an expiry date. The title of the web-series doesn't signify just the end of a relationship but a lot of stuff that happens in our lives. Every character has got a certain start and an end in the story. That's why the title.

What about your upcoming projects?

I am acting in 'Rise Of Sivagami', which is produced by 'Baahubali' fame Arka Media. It's a Hindi-language series. I can't reveal much about my character as of now. I am doing a Tamil film produced by Kollywood director Bala garu. A Telugu-Tamil bilingual as well as 'Goodachari-2' are also in the pipeline.

What is your ambition in life?

I am fine doing just one film a year. I like only those roles that I like. If I like the story, I come on board without much convincing.