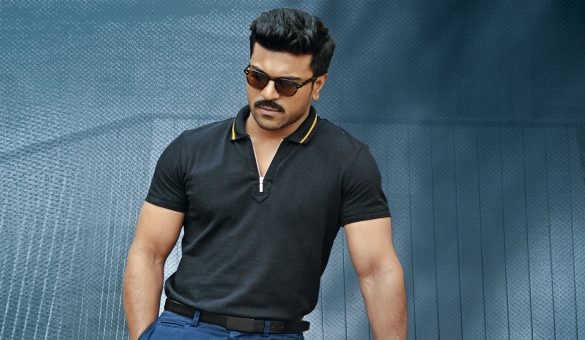 The date is finally here. December 4th is the day several mega fans and cinema lovers have been waiting for since a long time now. The date has been finalised for the pre-release function of the much awaited stylish action thriller Dhruva starring Mega Powerstar Ram Charan and Rakul Preet Singh as the leads while Arvind Swamy plays the prime antagonist.

Produced under the prestigious Geetha Arts banner by Allu Aravind and co-produced by NV Prasad, the film is a directorial venture of Surender Reddy.

The film is surrounded by immense buzz with just a few days to go for its big release, especially since this is the second time Ram Charan has teamed up with Geetha Arts after his very successful film Magadheera . And the expectations are high and hopes are that the magic will be recreated.

The first look, teaser, music album and the recently released trailer have all been received with extremely positivity, especially the trailer which has been watched by millions so far and trended at the top of YouTube for a long time.

The film is set to release on December 9th and before that a grand pre-release function is planned at the Yusufguda Police Lines in the presence of several cinema personalities, fans and audiences on December 4th.