ZEE5 has had the sole aim of dishing out the best entertainment, be it in the form of comedy, drama, or action. The beloved OTT platform has been continuously engaging its patrons for years by choosing a variety of stories and myriad subjects. From web series, direct-to-digital releases, and new films, it has been offering them all. In recent months, it has brought out post-theatrical releases such as 'RRR', 'Bangarraju', 'Rowdy Boys', 'Varudu Kaavalenu', and many more.

The film was creatively headed by K Raghavendra Rao, while Gowri Ronanki directed it. Movie buffs have reacted to the announcement with glee. There is excitement in the air ahead of the streaming. On social media, the audience are expressing joy through replies and posts over the fact that Pelli SandaD is finally hitting OTT more than eight months after its theatrical release. 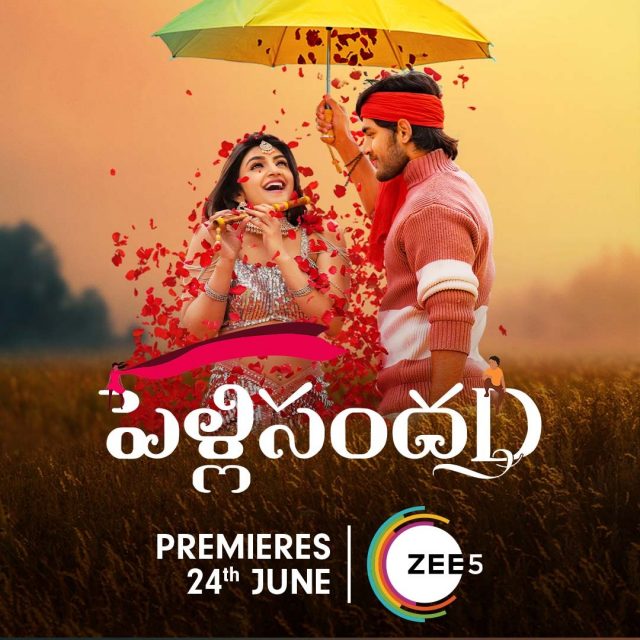 ZEE5 has been releasing movies and originals every month. It has been moving forward with the sole aim of keeping its patrons engaged. In recent months, 'Gaalivaana' and 'Recce' have become big hits. 'Oka Chinna Family Story', 'Loser', 'Loser 2', Sumanth-starrer 'Malli Modalaindi', among others, have been streaming successfully on ZEE5.