Allari Naresh’s Next A Concept Based Film With Vijay Kanakamedala 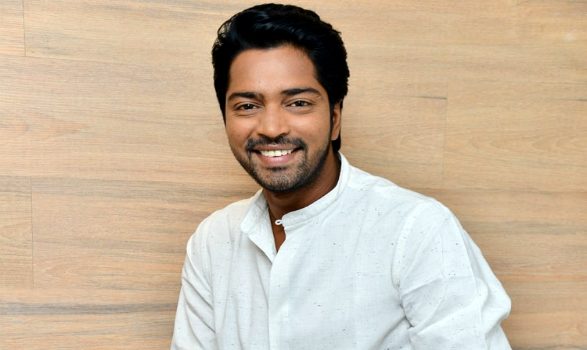 Hero Allari Naresh is one among the highly successful heroes of Telugu cinema. Besides doing lead roles, he is also starring in special roles in other hero films. The talented actor strike a chord with his performance in his last film Maharshi and he will next be seen in an out and out entertainer Bangaru Bullodu which is nearing completion. Known for his hilarious expressions and flawless comedy-timing, Allari Naresh who waited for long time for a good subject has finally signed his next. Billed to be a concept based movie, Allari Naresh’s next film will be with debut director Vijay Kanakamedala who worked as co-director with star director Harish Shankar. Satish Vegesna, who was the co-producer for films like Okka Kshnanam and Mosagallaku Mosaadadu, will produce this film as Production No 1 on his own banner SV2 Entertainment. More details of the film will be announced soon.