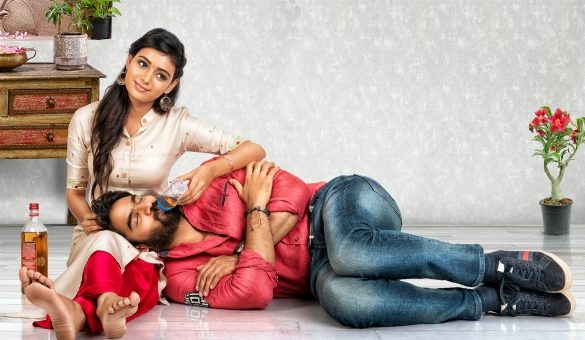 Kartikeya’s new movie 90ml directed by debutant Sekhar Reddy is said to have all the entertaining elements and the first single Yinipinchukoru lyrical video proves it turning up as an instant chartbuster.

As we can listen to the crazy lines “Yinipinchukoru Yinipinchukoru Ammailassale Yiipinchukoru”, it subjectively quotes women and sounds much like it’s dedicated to the frustrated boys out there in contemporary world.

While the catchy lyrics written by Chandrabose are instantly engaging the youth, the energetic vocals of Rahul Sipligunj with the crazy tunes of Anup Rubens receiving immense response from listeners. Also, as Jani master is choreographing this song, the visuals are expected to be more promising too.

Registering a trending response all-over the social mediums and music mediums, Yinipinchukoru lyrical seem to repeat the phenomenal response marked by the teaser that released earlier.

Also, as the movie is slated up in the banner of RX100 makers and concept is said tobe a full-on entertainer with enough family emotions and commercial elements, it’s speculated to mark another blockbuster in the combination of Kartikeya & Kartikeya Creative Works after RX100.

Revealing the insights of the song, director Sekhar Reddy Yerra says, “This song Yinipinchukoru Yinipinchukoru has got the crazy lyrics to easily engage the youth especially boys. We shot it in a huge set unveiled in Kokapeta, Jani Master Choreographed it featuring 50 dancers and 150 junior artists working for 4 full nights. Now, as the song is receiving a tremendous response we’re very much happy and likely confident about the film too.”

Producer Ashok Reddy Gummakonda says, “Watching the phenomenal response for our 90ml first single Yinipinchukoru Yinipinchukoru, we’re happy and very much excited to bring you the next updates. As of now, the film's talkie shoot part has been wrapped up excluding the shoot of 3 songs. So, we’re lavishly shooting the remaining 3 songs at the unique and picturesque locations like Azerbaijan and capital city Baku where usually only star hero like Ram Charan and Boyapati Sreenu's Vinaya Vidheya Rama was shot. Confident with the movie concept, we’re all set to bring you a full-on entertainer soon.”

Besides everything, as Kartikeya has been constantly trying to prove his acting mettle with the most challenging roles in Hippi, Guna 369 and the antagonist besides Nani in Gang Leader, his fans expect a promising performance from him as an Authorized Drinker in 90ml.

Stay glued to this space for further updates of Kartikeya’s 90 ML!!